GLOUCESTER — Interim Chief John McCarthy reports that the Gloucester Police Department is currently engaged in a multi-agency effort to locate a man who was fishing near Rafes Chasm when he was swept into the water by a large wave.

At approximately 3 p.m., Gloucester police received a 911 call from a man who said he was fishing with another man when a large wave crashed into them, knocking the second man into the water.

The victim is a man in his 30s from the Boston area.

The Gloucester Police and Fire Departments, Massachusetts State Police, Massachusetts Environmental Police, United States Coast Guard and Gloucester Harbor Master are all engaged in a search and rescue effort at this time.

This is a breaking news update. Additional information will be released as it becomes available. 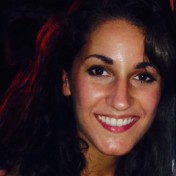